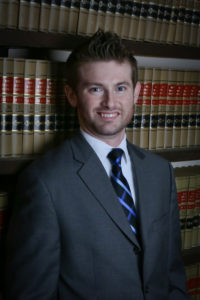 Sam is a graduate of the University of Minnesota Twin Cities, where he received a Bachelor’s Degree in History with a minor in Political Science and earned distinction on the Dean’s List several semesters.  Following undergraduate school and a brief stint chasing cattle in South Dakota Sam earned his Juris Doctor from the now Mitchell Hamline School of Law.  He graduated cum laude earning the distinction of meriting the Dean’s List several semesters and earning two CALI awards, which are given to the student who earns the top grade in each class.  After graduating from Law School Sam spent several years at a downtown Minneapolis Firm.

Sam is married to Kelly Felix, whom he met at the University of Minnesota.  They have been married for 10 years and have two beautiful girls, Isabella (Izzy) and Emma.  In their spare time Sam and Kelly enjoy getting out on the lake, hunting, wood working, brewing beer, and winemaking.